The NFL is a famous professional American football league. The league was founded in 1920. Roger Goodell is the current Commissioner of the league. There are 32 professional American football clubs in this league. Check their location using the NFL Teams Map given below. The Los Angeles Rams defeated the Cincinnati Bengals and became the NFL 2021 champion. Many popular players took part in this league like Justin Herbert, DeAndre Hopkins, Lamar Jackson, and Nick Chubb. The NFL 2022 season starts on 8th September 2022. The National football league has a huge fan following around the globe that’s why every match has house full attendance. The Green Bay Packers is the top team in this league because they have won the NFL 13 times. 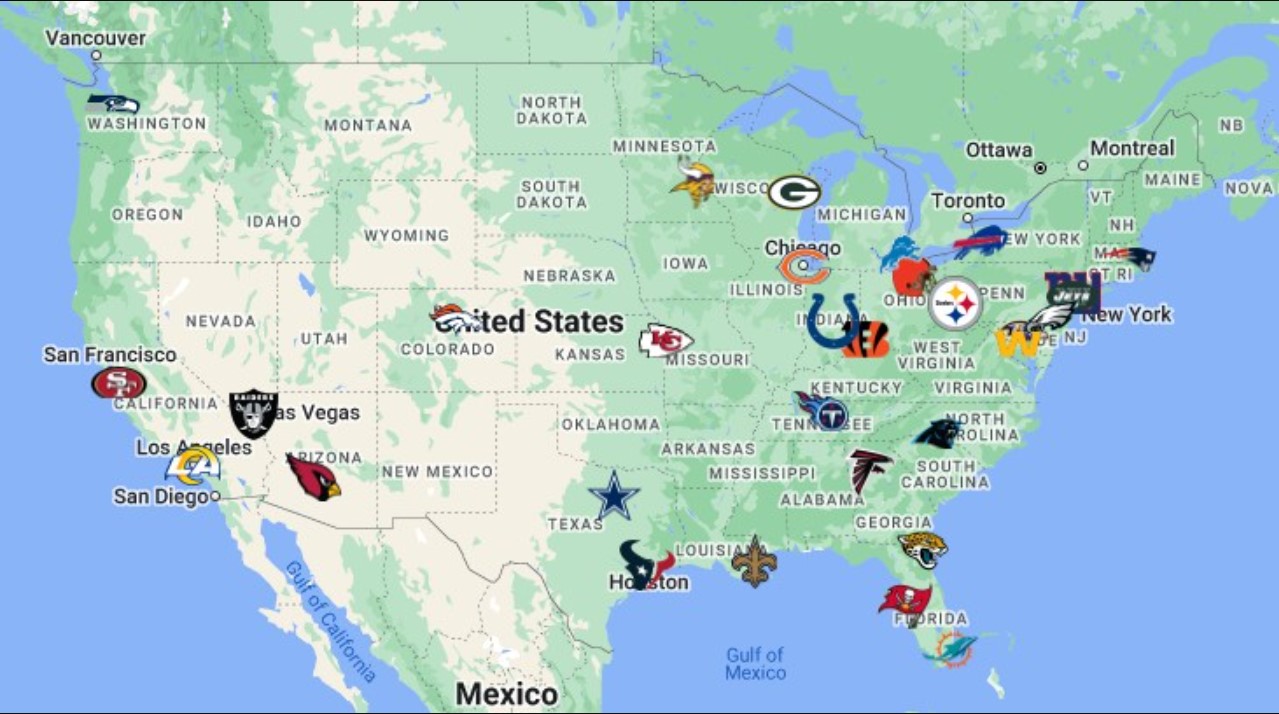